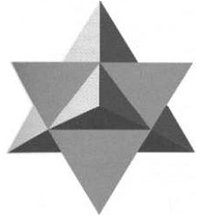 The Theory of Everything

Robert Lanza, a scientist who does stem research, cloning, and many other similar studies. He is a person who stepped outside the view of the normal scientist and studied what happens when we pass away. This scientist became involve with quantum mechanics, physics, and astrophysicist, as this explosive combination gave rise to the idea of Biocentrism. Lanza teaches we create our reality from our consciousness, not the other ways around. We, in essence, are in a type of matrix environment made up of small little Quantum Spherical Units of Energy they rotate to create the gravity intern create mass we know to be our world. This is all driven by the total consciousness of all the Universe(s). In this soup of consciousness of all, you create your own world of yourself. All of Gaia’s inhabitants create what I know as a mass cocreation also of a world full of intricacies of each person involved to express the total populations. This is to not account the duality of the Soul of each person, which brings down Terra Firma’s Count on the exact amount who actually live on Terra Firma different now. Lanza mentions the universe(s) is fine-tuned for life and focused in all throughout, making it perfect and indicating intelligence before everything. Lanza says we carry around our space and time like a turtle carries a shell, meaning when the shell comes off we still exist as a consciousness. The concept that death exists is because we associate the thought with the body and not realizing we are beings existing forever in eternal consciousness. This belief is because the mind has created an idea when the body dies, the soul dies and this is not true. Lanza explains the body when it dies it is still connected to a source of eternal consciousness (Oversoul or Higher Self), as the body is governed by this connection, The body is a vessel for the Soul to exist inTerra Firma Earth. Consciousness exists in the universe(s) outside the constraints or time and space making it an Eternal Being of Consciousness in the now and the moment having no time as we have lived linearly. This gives the understanding we are everywhere at once and we exist now in a place where the laws of Terra Firma work. The out of body experience is the soul doing this act of separation from the body. Lanza believes the Consciousness can exist in multi-verses as you could be alive in one and dead in the other. This concept of having more than one soul and governed by a main or Oversoul is not new but has its place in the Metaphysical or Psychic communities. Lanza says upon body death we migrate not to hell or heaven but a type of passage to another dimension in the universe(s). These theories of Lanza has caused great controversies within the scientific community making many of unwilling supporters and many Humans wanting to live forever. The theory that exists now is we are in constant motion and it creates the universe(s) in an instant. We can be in one or not, let us say someone is waking the dog in this universe(s) and in another universe(s) sleeping in bed, both exist at the same time or moment. The universe sub-splits into more and more into the infinite numbers of each consciousness, meaning us, in the Universe(s) changes. Each Consciousness of the universe(s) has the one oversoul or Higher Self of all universe(s), and this is Quantum Entanglement of all creation, the accounts for the attachments of all the Subsouls or Spirits.The Universe exists in the infinite and what powers this change is the Unified Field Physics, which the unit Particle is the tiny Planck Spherical Units of matter in the infinitesimal that covers the inside and outside of the proton. The shape is in the form of a Star Tetrahedron and it is the tiniest of particle the exist in the universe. This idea brings the notion of Neo-biocentrism, the existence of another universe(s) with our Consciousness. These universe(s) exist with the others and the Eternal Oversoul or Higher Self oversees an infinite amount of universe(s). This brings us to the fact of how immense the universe(s) is and how infinite is our Oversoul or Higher Self is in experiences. In this Neo-biocentrism when you have a near-death experience, the DNA that holds part of the Akashic record is released into the universe(s), I can attest to this act of release of the Akashic records as I had a near death experience myself. In my experience, I had a total recollection of all I did on Terra Firma Earth up to the point of that instance, but I felt Terra Firma was not done with me yet and I fell from the ladder, saving me from death by electrocution.  After this I totally changed my view on life with a new outlook, we are not alone or separate at all. It is said that the brain holds this Akashic information in the micro-tubular of the cells, upon death, are released along with your consciousness. According to some scientist, the Micro-tubular in the brain is the effect of Quantum Gravity, allowing for the separation of the consciousness to happen upon death. This is the view of some scientist, but not with the view of the metaphysical side of life on Gaia. It is to say, the Resonance Academy Has specific studies on the true nature and the exactness of creation in the Unified Field Physics of the Oversoul or Higher Self. The Quantum Spherical Units that actually create the matter through gravity and energy are the force that drives this is Unconditional Love.

Link to his site of book location
http://www.robertlanza.com/biocentrism-how-life-and-consciousness-are-the-keys-to-understanding-the-...

Please read carefully and over again if necessary.
ThankYou!